Much like we have our own languages in the human race, animals all have their own ‘languages’ and ways of communicating with one another. As you may expect, coyotes are very much the same in this respect.

Being able to warn their puppies of any dangers coming their way is incredibly important. Coyotes make a range of different sounds that represent different emotions and warnings.

It’s vital to both understand at what times to hunt a coyote by having the skills to comprehend how they’re communicating with each other. With this knowledge you’re much more likely to succeed in your endeavors as a coyote hunter.

Coyotes are FAST, being able to run more than 35 miles per hour. They also group together in packs during the winter months and during the spring as it’s easier for them to hunt during these months.

Coyotes will hunt domestic animals and wild animals alike, but they don’t really hunt for humans. If you make some sounds to scare them off, you should be able to get them to flee.

When hunting coyotes, you should make sure that you’re armed with an appropriate light and a rifle.

Don’t use inhumane methods, there’s no use in making an animal suffer before death when you can make it fairly painless for a peaceful death. All you need is to kill it once.

When a coyote is trying to communicate with its puppies, it will usually make a woofing sound to tell them that any danger is near so they know they need to hide.

Many people view hunting as a hobby instead of as a thing you can do professionally considering it’s not something that requires a formal education.

With that being said a lot of hunters will actually help farmers out with providing a service to exterminate any coyotes invading their land and preying on their livestock.

Coyotes will prey on the vast majority of animals, even domestic animals. If you know how they communicate with other members of their species it becomes a lot easier to understand how to properly find and hunt the predator.

Coyotes will howl to make other coyotes aware of their location. This is the most common way that most hunters find them.

A lot of hunters will often even hunt during the night time as they think that hunting at night will make it easier to find coyotes as they interact with each other more during the night.

The mating time for a coyote is at the beginning of the year, and this is a good time to draw them out of where they are hiding.

If coyotes hear a howling sound they will immediately believe that another coyote is coming in to invade their territory so it will come out and investigate the potential intruder.

Of course, we as humans will answer any sounds of distress from our babies. The same is true of coyotes. Whenever a pupp calls the coyotes nearby will flock to come and save the puppy from any potential harm.

On occasion the coyote does not come and rescue its pup immediately, but with some tenacious puppy calling the coyote will eventually come out and investigate the distress sounds.

You should be careful with this kind of call, as some coyotes will respond to puppy calls anticipating getting a meal out of it. If you don’t want to be their next meal, it’s advised that you take extra caution.

The most successful way to get a response from the coyotes with this call is to continually make the sound. This will pique the coyote’s interest and they will come to the area from where the sound originates.

Essentially it’s like calling out to the coyote and persuading it to come to your location, however without enough emphasis the coyote will lose interest and leave.

The barking sound is used to stop a coyote from dashing away while you try to take the shot. Coyotes will stop to listen to a barking sound as they will be curious where the sound has originated from.

Make sure that you don’t sound like a male coyote when barking as this can send younger coyotes scurrying away in fear.

There are a couple of tricks worth keeping in mind when hunters are operating in Coyote territory. You should always make sure that you’re aware of where the coyotes are so you don’t fail in what you’re doing.

Coyotes are also able to sniff out a human scent from quite far away so you should try to ensure that you’re positioned against the wind direction.

Make sure that you use the correct sound to get the coyote to come to you. Distressed puppy or prey sounds will make the prey run to the rescue or to slaughter the prey before it escapes.

If a coyote spots you before you call them, the coyote will not emerge from their hiding place as you’ve already given them ample warning that a threat to their safety is in the vicinity.

Make sure that your presence isn’t clear by doing things like loudly slamming the door of your truck. A sound like this will make the coyote run for miles in the opposite direction.

Try to be as quiet as you possibly can when trying to find the ideal location to position yourself.

When feeding on livestock, coyotes can be quite destructive, but alternatively they’re also helpful in the sense that they help to control any pests on the farm that will cause diseases in any domestic or wild animals.

If you’re thinking about hunting a coyote, or any other predator for that matter, you should always be mindful of the contribution they’re making and not kill them.

When you’re trying to hunt coyotes, there are mp3 callers out there that can be used during the process to create the kind of sounds a coyote would make while communicating.

This can make it a whole lot easier for the hunter to lure their prey as they won’t need to eventually get tired of making the sound as it’s not manual.

The coyote is incredibly clever. It can use its sense of smell to detect a human presence.

It can be a little difficult to hunt coyotes sometimes, and it’s quite dissimilar to hunting deer. Hunting coyotes requires a lot of skill and knowledge of the kinds of sounds that will attract the coyote towards your location to make your hunting endeavor a lot easier.

You can use this information to make hunting coyotes a lot easier. As we said earlier though, it’s still advisable to consider what the predators can help with before killing them as they could come in handy with keeping pests away.

Most hunters with a lot of experience will already know the information we’ve said above, but if you’re new you may not be clued up on what it takes to lure in coyotes for a successful hunt.

Reading the calls above can give you a lot of advantage in understanding what you need to look out for when you’re calling coyotes. It will also help you to keep yourself safe by making the appropriate sounds to scare them away from you too!

If you’re looking to make your life easier by not manually creating your coyote calls, why not invest in buying an electronic coyote call? These can make your life a lot easier and they can also be used for hunting down other predators too, so it’s worth it to look into it. 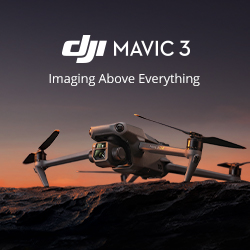